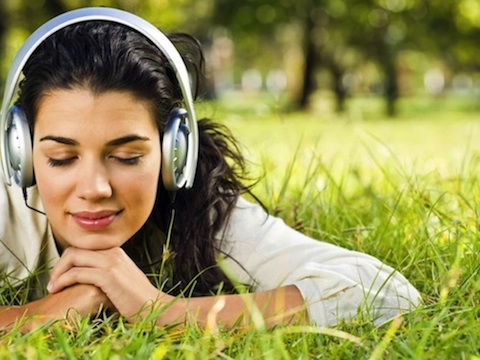 Music is deeply interwoven with feelings in all living beings — especially happiness. And, with the experience of music, humans are able to access different mental and emotional states. Research studies explain how this phenomenon of hearing certain music allows dopamine to wash over our brains and release feelings of pleasure. 5 songs were identified in a recent study as particularly effective in making you remarkably happy. Listening to “Clair de Lune” makes you happier than listening to hip-hop. And string music mesmerizes!

For as long as sound has existed, music has been tied to emotional responsiveness. It’s one stimuli that’s very likely to evoke special memories or intense feelings. The reason for these sensations, as discovered in a study by the Montreal Neurological Institute and Hospital, is the release of dopamine in the brain – the neurotransmitter responsible for tangible pleasure. Certain instances of dopamine release were associated with “chills”, those physical changes in heart rate, breathing, and temperature, due to listening to music.

Musical chills can feel like a sudden onset of emotion – a mental and physical reaction of the body to the sound. At times we are able to identify such chills by the feeling of shivers running down our spines, and as goosebumps rising on our skin from being so moved.

Brain imaging techniques were used in the study to monitor the changes of dopamine in the brains of the research participants when listening to certain music. One of the outcomes of the study reported that this was the first time such a substantial dopamine release was brought about by an abstract reward – in this instance listening to specific music.

The Five Songs That Make You Happy

The research team discovered that 5 songs in particular, across a number of genres, created musical chills in the people who listened to them—and, ultimately, a positive emotional response. These 5 songs have been shown to promote dopamine release and increase your feelings of happiness:

I hope you’ll enjoy listening to these 5 songs, and hopefully many “chills” will accompany your musical discovery.