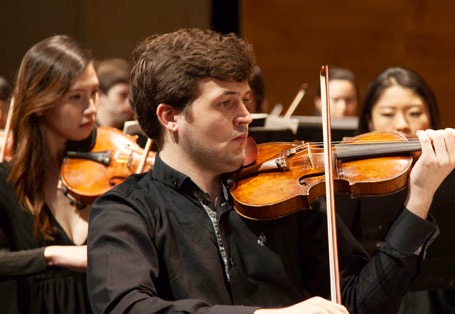 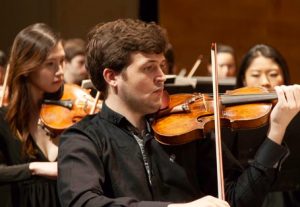 Nowadays, as we’re more focused on being healthy, we can include many things to keep our brains well-tuned, from taking omega-3 supplements to solving memory and brain training games. However, when it comes to brain health, one exercise beats all others – learning to play a musical instrument. Neuroscience research tells us to play music to be smarter and healthier! Even people over the age of 65, after four or five months of playing an instrument for an hour a week, showed strong changes in the brain, where memory, hearing, and motor functions became more active.

Playing Music Can Raise Your IQ

Neuroscientists explain that if we want to raise our IQ we should learn to play a musical instrument. IQ is sometimes considered to be a fixed number, like an SAT score. You take the test, and they tell you how smart you are. Actually, that idea is incorrect. Neuroscience is demonstrating that brain functioning is actually far more fluid than previously believed. Researchers from the University of Zurich described how doing one simple thing can actually raise a person’s IQ. So what’s the trick? Is it using flash cards to improve your vocabulary? Or meditation, or solving memory puzzles, or taking ginkgo biloba (though none of those could hurt). No – it’s none of those – It’s learning to play a musical instrument. Playing music significantly improves brain functioning, and can raise your IQ by seven or more points.

Playing Music Can Change the Architecture of the Brain

According to psychologist Lutz Jäncke “the architecture of the brain changes” over time as people play their musical instruments. This significant finding from his research study shows that not only did participants enjoy physical improvements, they actually changed the structure of their brains. Apparently we are wrong about intelligence being fixed, and we do have the power to change our own brains for the better. And playing music can change the architecture of the brain.

Advantages of Playing a Musical Instrument

The grey matter of the brain helps protect it’s structural integrity, particularly as it relates to executive functioning (which involves self-control and decision making), and memory, emotion, speech, muscle control, seeing and hearing. Gottfried Schlaug, a neurologist from Harvard, showed that the brains of musicians have more gray matter than those who don’t play an instrument. He also explained that the research participants in his study, who practiced only a few hours a week, showed significant increases in memory capacity after just four months.

We have read that stress kills! And by now everyone knows stress is bad for your health. Among other things, research links stress to increased blood pressure, heart disease, cancer, and a heightened risk of stroke. Playing music reduces stress because it relaxes both the body and the mind, as it releases dopamine into the brain. Imagine coming home from a stressful day and instead of zoning out in front of the TV, doing this fun and creative activity of playing your musical instrument, and at the same time effortlessly flexing and enhancing your brain.

3. It improves your language abilities.

Playing a musical instrument improves your ability to “keep the beat,” which in turn facilitates your capacity to process auditory information. This is one reason why people who take music lessons are better at learning foreign languages. And once again research shows that results are age-independent. A study by Jennifer Bugos at the University of San Francisco showed that after six months of taking piano lessons, people 60 to 85 years old demonstrated significant advances in executive functioning like planning and information processing, memory recall, and verbal acuity — language skills. So when it comes to the brain, there’s no such thing as too little or too late.

In our left-brain-obsessed culture, we associate learning, growth, and increased intelligence with school. Yet neuroscience suggests that the opposite is true, and what we actually need more of isn’t work – it’s play! We need to engage our right-brain as well, and indulge the music. So go ahead — buy that keyboard you’ve been thinking about, try the violin, or take up the guitar. And if your family complains about your newfound passion for the drums, just tell them you’re engaging in neuroplasticity and growing your brain. As Bono once said, “Music can change the world because it can change people.”